Outro to Intro to Woodworking

Hello! I have finished up this class (and with it, the last semester of junior year ;(). In the past 3-4 weeks, I have learned how to use many other woodworking implements, some of which I could've figured out and some of which I couldn't've. The wood glue and nailgun were pretty intuitive, but the flush saw and forstner bits less so.

I have messed up a few times, and I'm putting these mistakes in public so you know what I won't mess up on again.

What I made in the process

This shelf was made so we could stop keeping bread on top of the fridge, where it blocked some cabinets. We had some preexisting screws in the wall which I measured, and then I made the decorative wall legs too short :(. I could only put one set of screws so the shelf is very weak. Holds bread good though. 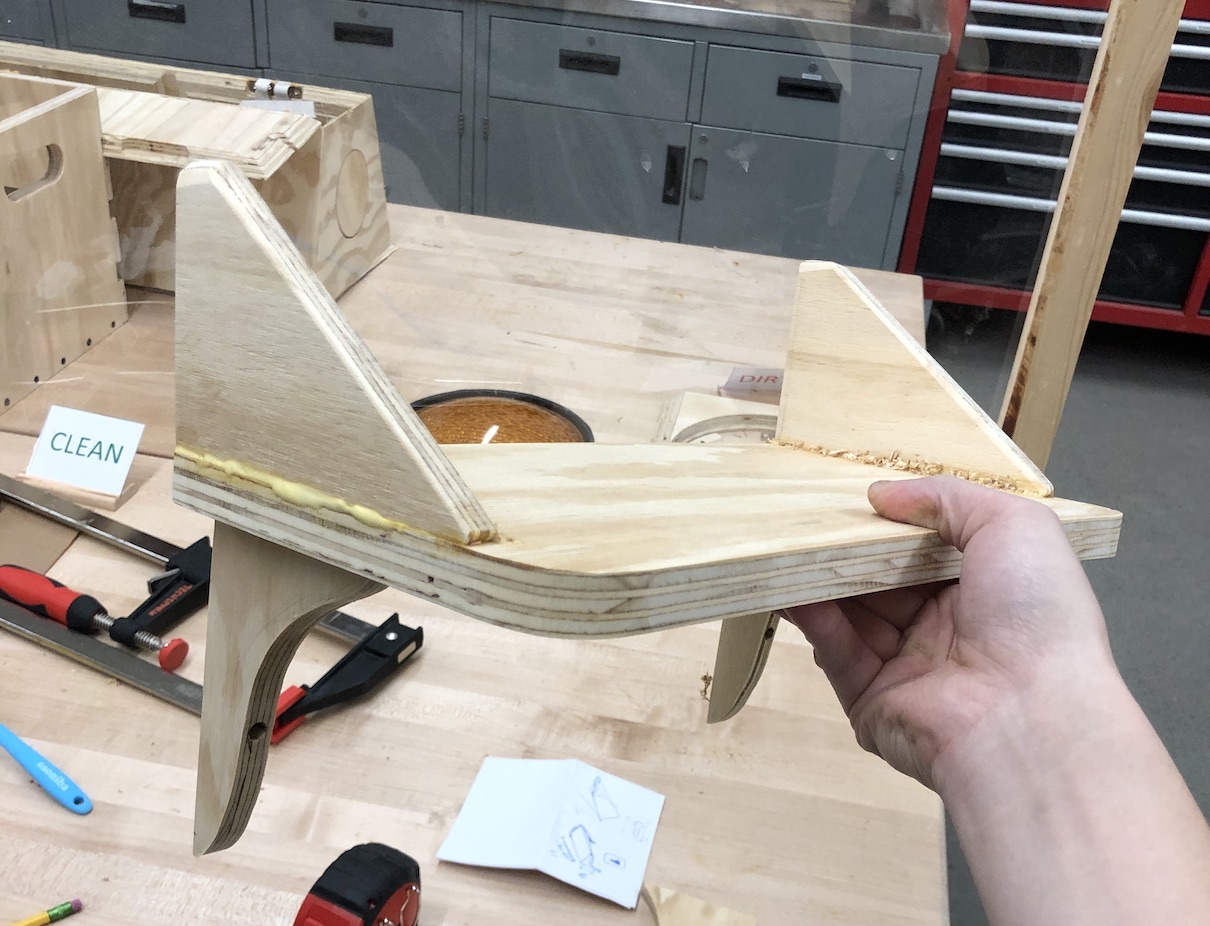 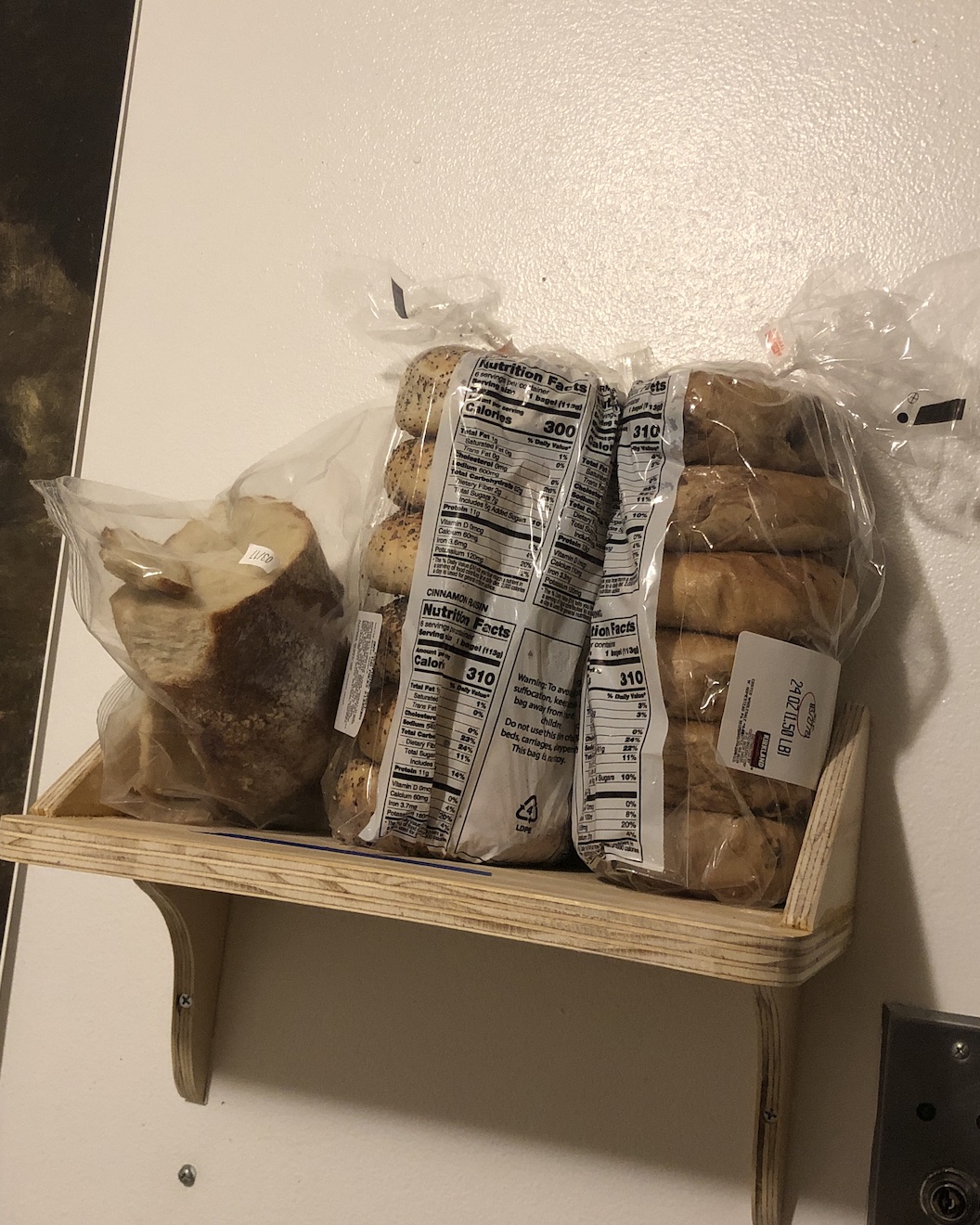 The crate was for an assignment. Very bulky, hard to store, but makes a good stool. 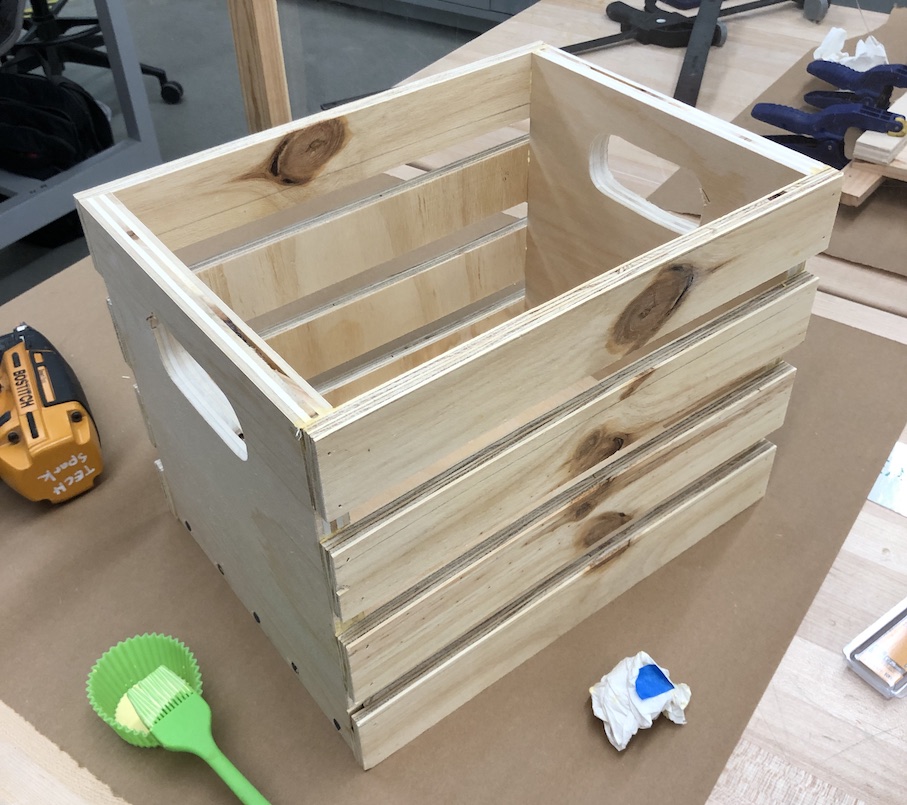 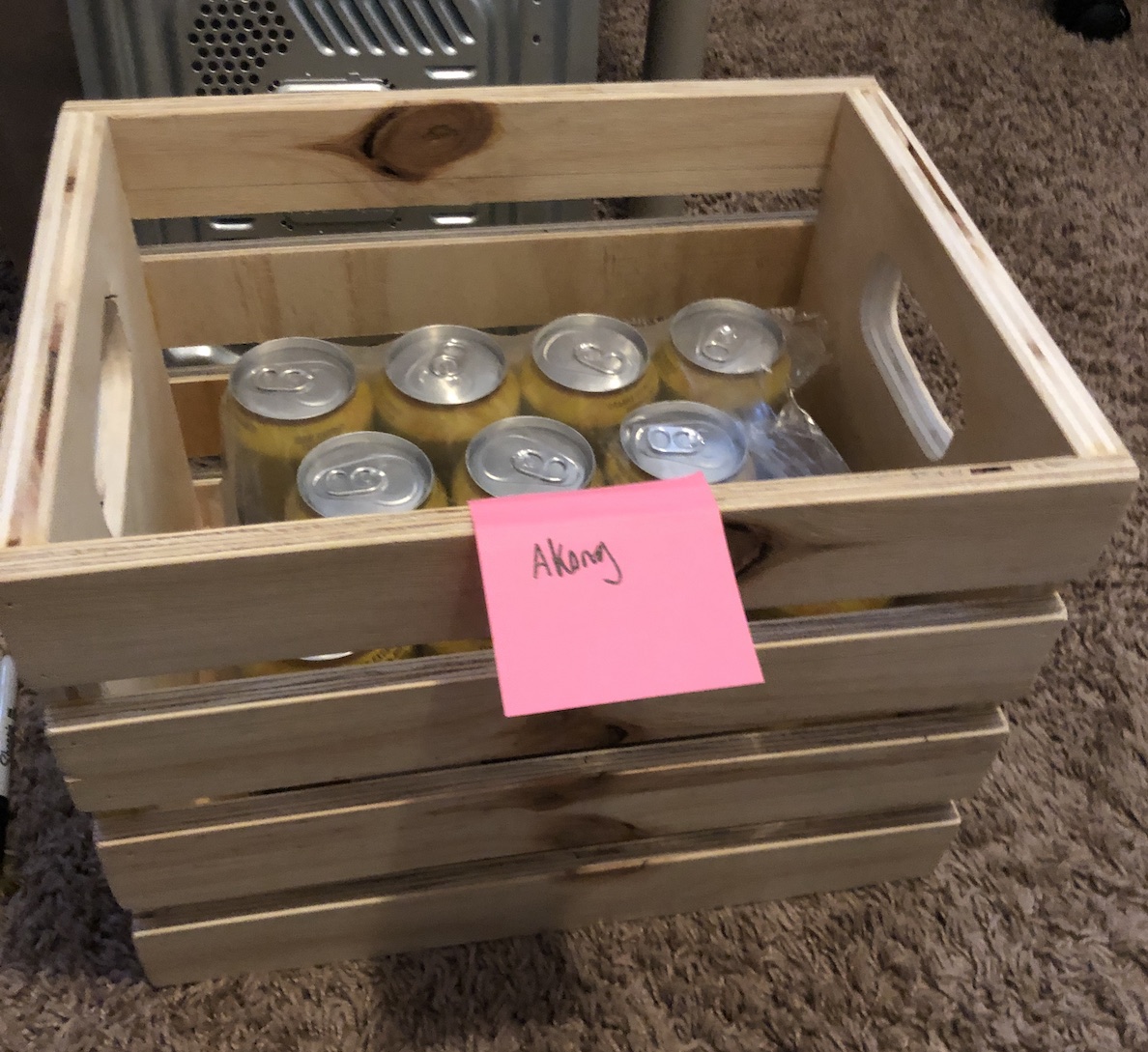 The camping stool was our final assignment. It’s meant to be foldable but I messed up the tolerances. Many stool jokes were made in the process. Anyway, seats one.

Pieces of the stool 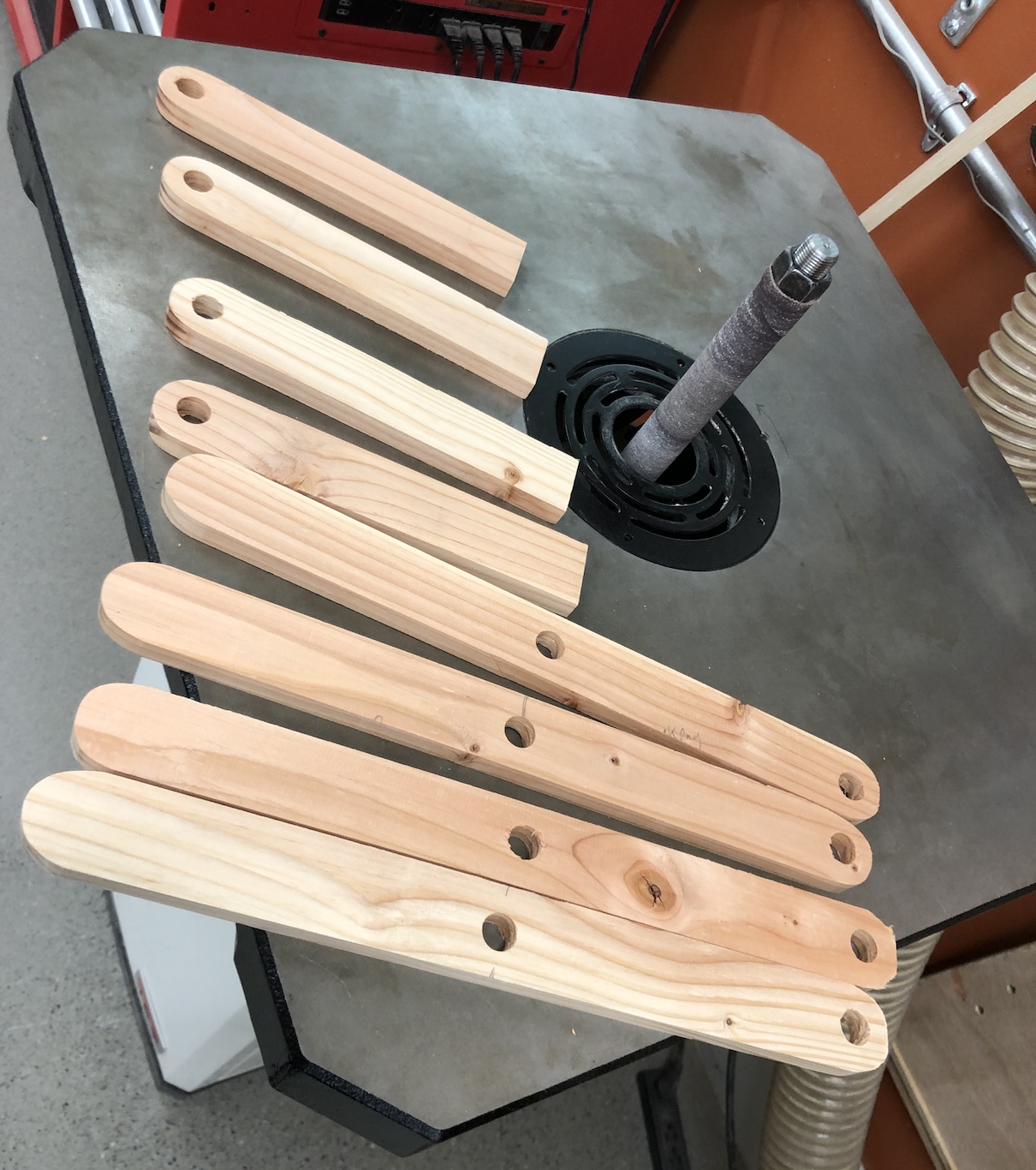 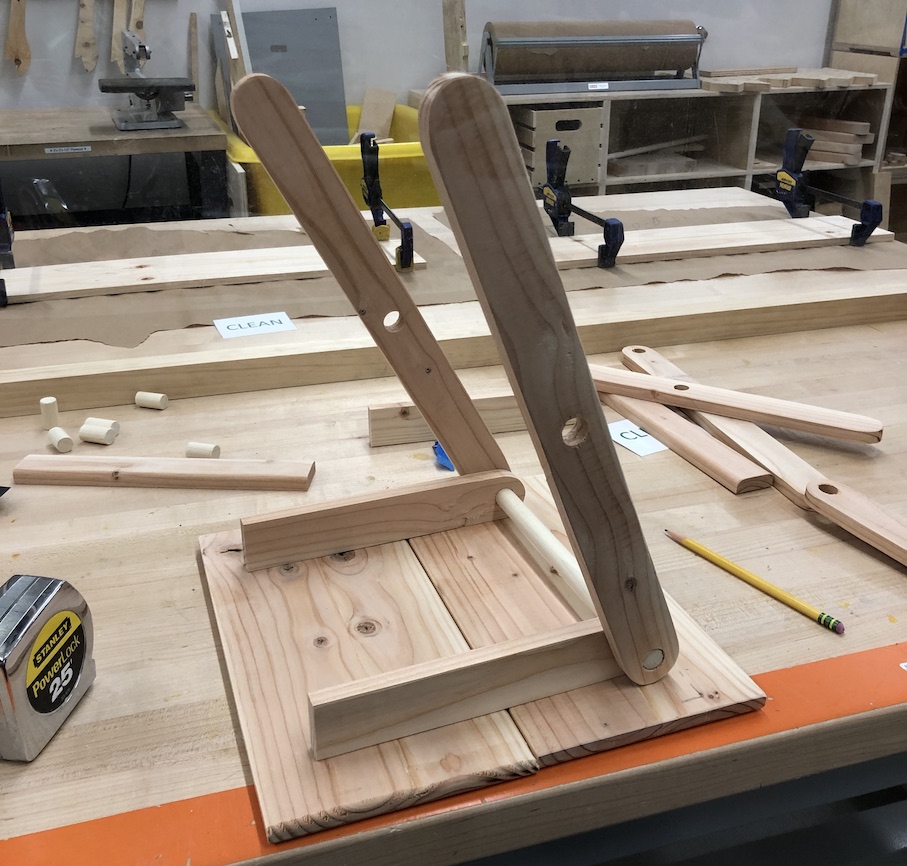 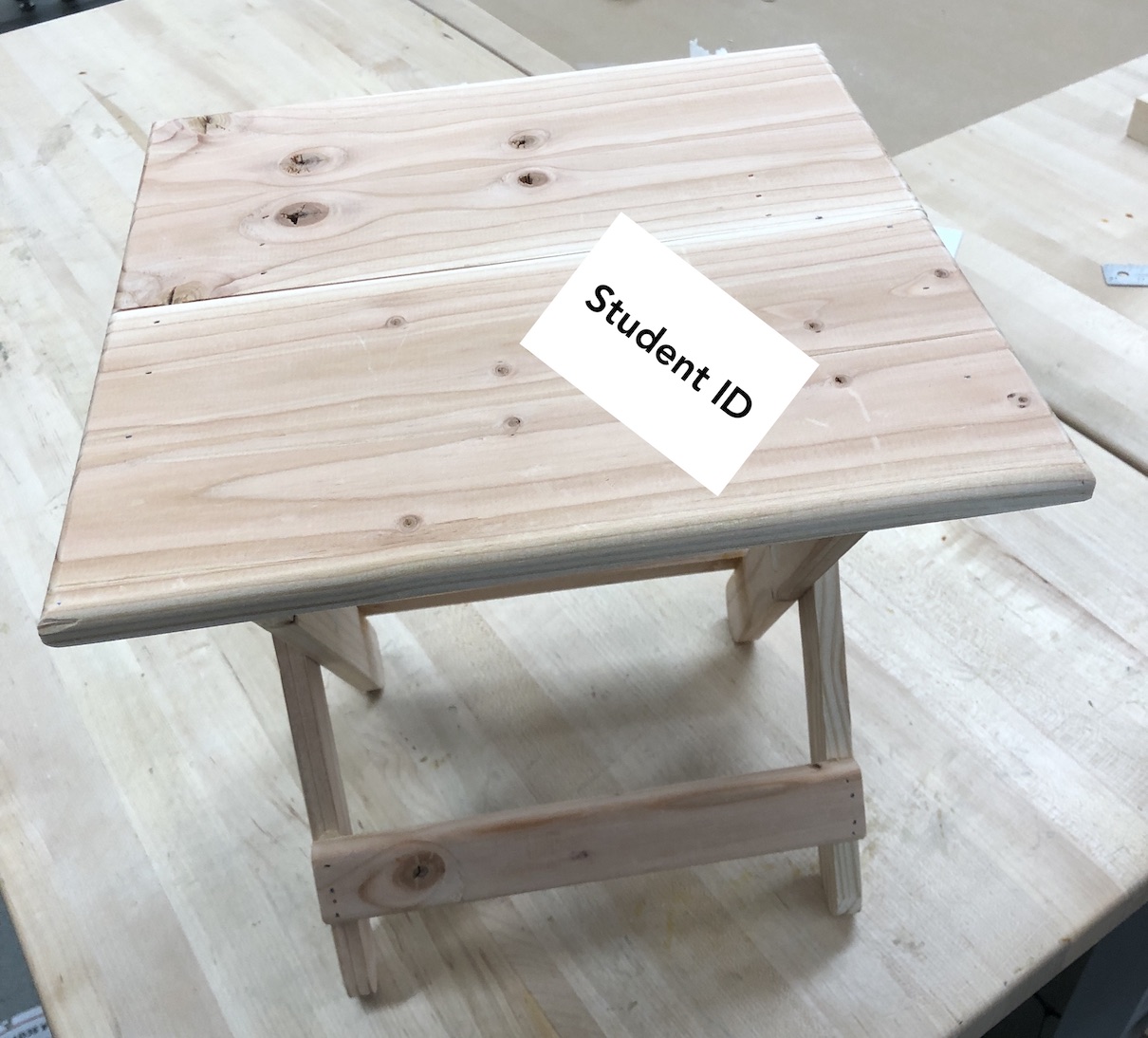 Me and Elio also redesigned our club logo, and made it out of wood. Looks better on paper, but worth a shot.

Cya around next time I make stuff out of wood!